The aim of this blog is to provide a brief overview of street level crime in Maidstone using the latest Police statistics. Police data is usually published two months in arrears, so March 2020 are the latest figures for this article. The data published by the Police are incidents that were reported to them in that month, not the crimes that were prosecuted and/or had further action taken.

There were a total of 571 street level crime incidents in Maidstone in March 2020 alone. Violent Crime, followed by Anti Social Behavior being the highest. A breakdown of all reported crimes can be found below.

Although violent crime represents the largest incidents category in Maidstone, this category is usually the largest in any urban area. This is partly because ‘Violent Crime’ covers so many offences compared to say Burglary.

There were still 19 Burglary’s reported in March alone and the long term impact on emotional health due to these horrible events live with many family’s for years to follow.

A MoneySuperMarket survey, revealed 1 in 8 never recover emotionally, with 43% saying they feel violated and 44% scared it may happen again. Research also found a third of people whose homes had been burgled had suffered a huge knock to their confidence, while a fifth claimed they found it difficult to be left on their own after the break-in.

Question…. Have you done everything you can to secure your home and deter unwanted visitors? Somethings as simple as leaving a light on can make burglars think twice. For a free security review, give us a call for a no obligation quote and find out more about the emergency locksmith services we offer in Maidstone

Latch & Locksmith
Hi, I'm Phil. We are a Kent Trading Standards Checked locksmith business covering West Malling, Kings Hill, Leybourne, Larkfield, Aylesford, Snodland, Ditton, Maidstone and ALL surrounding areas. We love what we do and are happy to answer any questions you may have. Our contact details can be found on our 'contact us' page.
Recent Posts 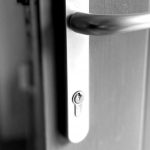 Replace the lock, not the doorPosts 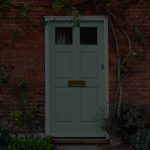 How to find a genuine Local Locksmith onlinePosts
This site uses cookies and allows you to submit personal details. By continuing to browse the site, you are agreeing to our use of cookies. View Privacy & Data Policy.
Call Us
01732 410 131 07434 842260